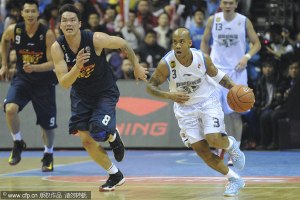 In the second of a four-part CBA preview, we break down two teams that are making bold free agency decisions (the Jilin Tigers and Jiangsu Dragons), one all-time great team that needs to improve in the postseason (Guangdong Tigers), another play-off team that will probably keep punching above its weight (Guangsha Lions) and a Foshan Long Lions roster that simply needs to prove something to itself. Part one can be read here.

Preview:
After years of not being any good, last season’s Foshan team were unexpectedly fun (at times). Although not good enough to make the play-offs, the Long Lions still gave plenty of sides some incredibly tough games. All of this means that 2015/16 is a big year for the ‘other’ team in Guangdong province. They won’t have a third Asian player due to their top half finish and this means no more Lebanese swingman, Fadi El-Khatib in the backcourt. Reportedly, the team’s general manager Liu Hongjiang, a CBA legend from his time running the Guangdong Tigers, has also left in the offseason. But if the team holds firm despite losing a couple of solid veterans on and off the court, this could be the continuation of a long needed rebuilding project.

Former league MVP Tang Zhendong, who arrives from Xinjiang via free agency, gives the team experience and power at the center position. Jerelle Benimon is a tidy, no-thrills rebounder that ensures Foshan’s front court gets a great balance. Meanwhile Scotty Hopson is a destructive force driving to the rim or whenever he gets the ball in the open court. Mix in young backcourt players like Ju Mingxin and Zeng Lingxu (a surprise CBA All-Star starter last year) and there is a very decent team coming through. As the Tigers continue to age and a disunited Dongguan Leopards move to Shenzhen, this could be the year that the underdog Long Lions finally emerge from the shadows. 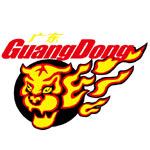 Preview:
In years past, the Tigers could have regarded themselves as the San Antonio Spurs of China. Able to ride their veteran roster to title after title, no-one in the CBA seemed able to stop them. Until, it seemed, the Tigers decided to stop themselves. In 2013, the team appeared to push out longstanding head coach, Li Chunjiang and their equally vital general manager, Liu Hongjiang, moved to the Foshan Long Lions a year later. In the void that followed, the Tigers have been great at winning the regular season, only to fall apart in the play-offs. Du Feng, Liu’s replacement as coach and a legendary former Tigers player in his own right, also doesn’t seem able to match Li’s nous when it counts.

This offseason, Yi flirted with leaving to another CBA team or even to the NBA but eventually the Tigers locked him down for the long-term (although even that is a source of debate). To seemingly placate Yi, Brian Goorjian has been brought over from Dongguan to act as assistant coach and be Du’s tactical security blanket. Will Bynum also returns to run the pick-and-roll whilst Zhu Fangyu remains ever-present as a reliable go-to shooter.

Make no mistake, Guangdong will make the play-offs but the only criteria for judgement remains how they do in the postseason. If they don’t get back to the Finals, this year will still be a failure for the most successful side in CBA history– and remember, Father Time never waits for an old roster to win one more title… 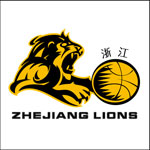 Preview:
China’s best small market team reloads for another year. They still have Eli Holman and the criminally underrated Taiwanese guard Lin Cheh-chieh, but Guangsha also spent over $2 million for Jeremy Pargo. If Pargo does well (which we think he will), the Lions should once again secure themselves a mid-to-low play-off seed. Head coach Li Chunjiang is also a) very good and b) understands better than most about how to mesh local and overseas players on the floor so a Holman-Pargo-Lin partnership (HoParLin?) should be pretty effective. The only obvious concern is that the team lost two of its most useful rotation players (point guard Wang Zarui and gigantic big man Wang Zheng) in free agency. This means that Coach Li’s son, Li Jinglong and power forward Su Ruoyu will have to pick up the slack. 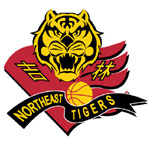 Preview:
For cult hero reasons alone, this team is going to be fun. Firstly, Jilin signed Marcus Williams, an outstanding scorer on his day and who is coming back to China to remind everyone just how deadly he can be. Still just twenty-seven, the wingman is hugely experienced in the CBA and has a skill-set that one American coach in China told me was 100% NBA worthy. Obviously, Williams has not had the right breaks in his career but it would be great to see him put up stupid numbers in the CBA once again.

The other reason for tuning in is PJ Ramos, a 7″4 wall of Puerto Rican muscle who has made a steady career terrifying other CBA big men. There are also a couple of urban legends about him crashing ex-pat house parties in Hangzhou during his popular three-year run with the Guangsha Lions. (which makes him extra awesome, even if it isn’t for basketball reasons).

So basically those two men are your Jilin Tigers team for this year. In the previous season, Jilin rode Dominque Jones to a play-off run and this time around, Williams will lead the offense whilst Ramos is in charge of anchoring the paint. Its simple, gutsy and exactly the type of ‘roll-the-dice’ move that a smaller CBA team has to do to make the postseason. 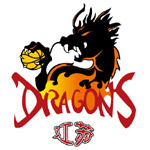 Preview:
Two words. Greg. Oden. If the former number one draft pick does well, Jiangsu could legitimately become an international news story. American basketball audiences remain fascinated by the potential of the oft-injured former Portland Blazer and if he can put up some decent numbers, the NBA will also start talking.

But if Oden’s injuries came back to bite, this team could implode pretty quickly. Hu Xuefeng is a local legend and deserves one final season to increase his hold on the all-time assists record, whilst Chang Lin and Yi Li are veteran wing players that can get you points. However, the reality is that Oden (and his knees) define Jiangsu’s season one way or the other– it really is as simple as that.